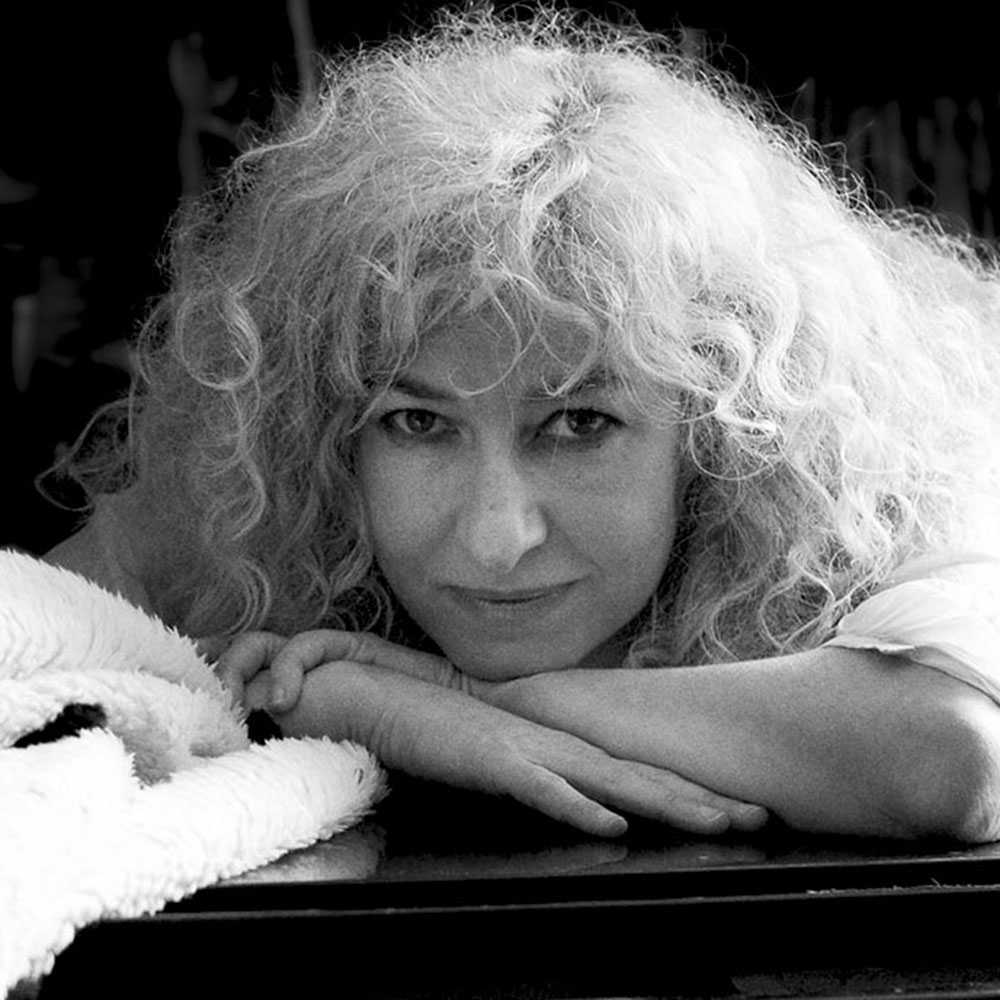 The rare intensity of her concerts gained her fame in Europe, Africa, the United States and India. As an artist it is hard to categorise her under genres or pre-existing clichés. She was born in Rome under the sign of Gemini, and as a musician she embodies the characteristics associated with this sign of air: eclecticism, inventiveness, creativity, instinct, modernity, dualism and synthesis. This is not limited purely to music, as her passion for the arts has always been accompanied by a love for flying that often finds its way into her compositions, for example "Chi mi darà le ali", "Above the sky" and "The Golden Fly". As a pianist she is very lyrical and is able to seamlessly blend ancient sounds with modern styles and influences. She has produced over twenty records with Kha Records in Italy, Ltm in the United Kingdom and Transparency in North America. In 2013 she organised an original tour of Italy, playing her piano on board a truck across the country and performing in incredible places like the forest of Topolò. This musical adventure was documented in the film/documentary “Prima Film” which received numerous international awards. She recently created the soundtrack of the film/documentary “Nel nome di Antea” by director Massimo Martella produced by Istituto Luce. Over the years she collaborated with internationally acclaimed artists including Hans Joachim Roedelius, pioneer of German electronic music and founder of Cluster.

A private concert in the home of Alessandra Celletti