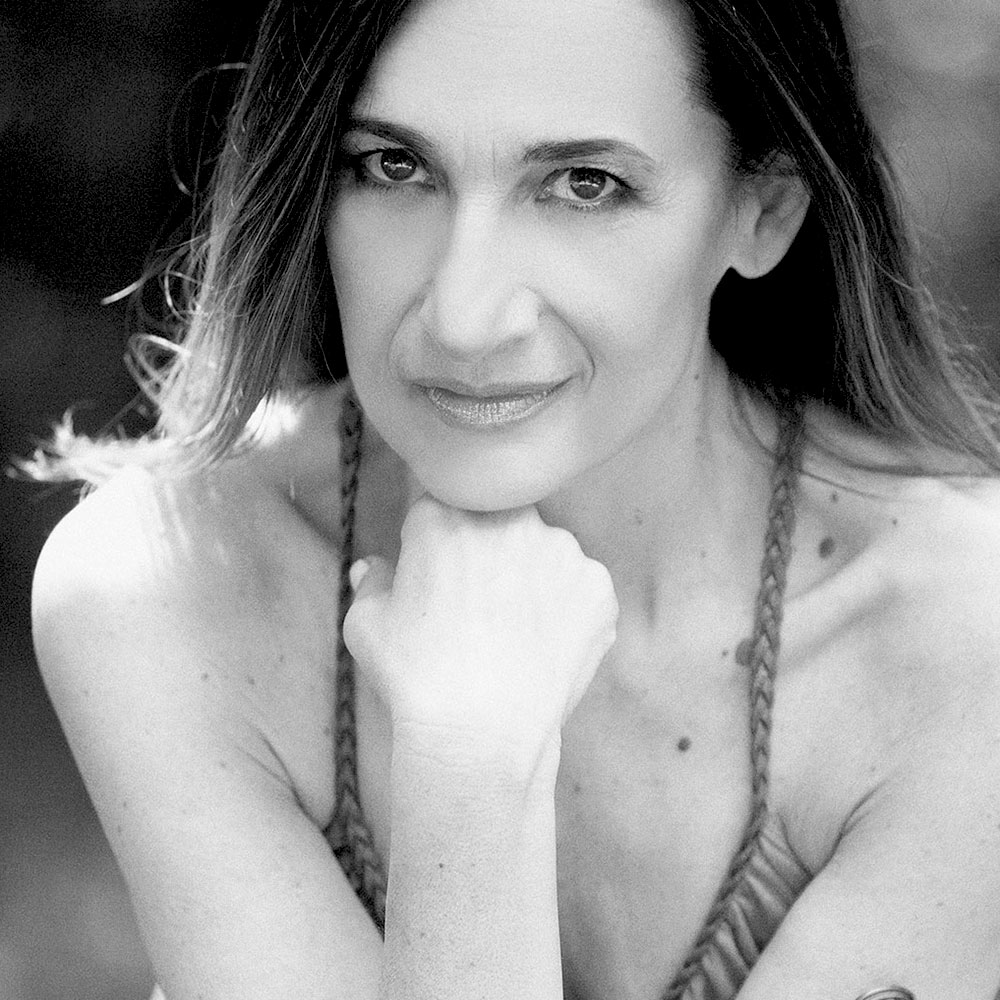 She was born in a Sicilian town built over the ruins of a theatre, between an active volcano and the sea. From these she has drawn her fascinating contradictions, such as, for example, collecting vintage clothing and repentant ex-boyfriends. She has worked on over 100 performances, including musicals, theatre and cinema, and was trained by great Masters such as Giuseppe Di Martino, Turi Ferro, Armando Pugliese and Pino Micol. A true genre grasshopper (from brilliant comedy to greek tragedy, through musicals), she has also worked as a voice actor and in television. As an author she has worked with the likes of Remo Girone, Sylvano Bussotti and Gigi Proietti, on programs including “Uno Mattina” and the all-female comedy “Bambine Cattive” on Comedy Central. Her unmistakable genius and inimitable style exploded with “Desperate Houseactresses”, the first official play performed in living rooms and other unconventional locations, which received much attention from the media. It is no coincidence that Perciabosco is featured in the book "Le buone pratiche del teatro" by M. Gallina and O. Ponte Di Pino, in which this new format offers interesting insights on theatre research and job opportunities for many actors.

Mindfulness and poetry at home